The Gospel You Never Knew

Starts to sound like a bunch of meaningless noises right?

This unique event is called semantic satiation. You learn something new everyday. What happens is your brain fatigues and the response to a particular word becomes increasingly slower the more times it is repeated. Until finally the word is nothing but a string of hollow letters.

Unfortunately, the church has had a serious case of semantic satiation with the beloved word we all “know” and cherish: the gospel.

The gospel is a central message throughout the New Testament and is a crucial piece in understanding the life and work of Jesus. This word is so prominent and important that everyone has adopted it in some way. Some to describe their church mission: gospel-centered. Others to describe their small group meetings: gospel communities. And still others harken individuals to speak the gospel over their lives daily (which, to be honest, I still don’t know what that means exactly). The word gospel is used in a number of different contexts and with a variety of differing language.

You would think that such a herculean word, such a profound word, and a key fixture to Christian living would be definitely defined. So I started asking people in my sphere of life: “What is your best one sentence description of the gospel?” Many people were shocked that I had even asked the question. As if it were the most simple and useless question I could ask. Because who doesn't know what the gospel is right? There seems to be a modern assumption about the content of the gospel, but some real struggles in articulating it in a tangible way. In most cases the response I got was similar to my boy Nacho...

Go ahead. What is your best one sentence description of the gospel? Let me know what you think.

Not all the responses I received resembled the curly haired mustachioed monk. Some of them were carefully constructed. Here were the ones worth mentioning:

-Jesus died to keep God’s promise to bring us back to him.

-Saved by faith through grace in Jesus.

-Salvation through the death and resurrection of Jesus.

-Jesus. (I couldn't tell if this was a cop out or extremely clever)

There are certainly some similarities and buzz words here: grace, faith, and salvation. All these individuals centered their descriptions around Jesus. These answers aren't necessarily wrong, but is there anything missing? This is not a trick question I promise… Well kind of…

Lets dive in for a second.

The “gospel” in our New Testament text is this greek word εὐαγγέλιον (euangelion). In a more direct translation this word means the “good news.” What is really interesting for our study is that Jesus uses this word and it becomes a prominent theme in his mission, preaching, and instruction to his close followers. What becomes plainly clear though, is Jesus' gospel sounds much different than our own. So what is the gospel according to Jesus? Lets take Mark 1:14-15 as a prime example:

After John was put in prison, Jesus went into Galilee, proclaiming the good news of God. “The time has come,” he said. “The kingdom of God has come near. Repent and believe the good news!”

This marks the very beginning of Jesus’ preaching ministry. What is the gospel according to Jesus? What is the good news? The kingdom of God has come near… This is not a biblical anomaly, but is part and parcel to Jesus' whole earthly mission. Jesus came to announce that the kingdom is here and that he is the rightful king. Please don't take my word for it, go and investigate for yourself (here are a few references to start: Luke 8:1, 9:2, Acts 1:3, 28:31). With all of this in mind, I believe it would be best to answer some begging questions.

What is the Kingdom?

The word "kingdom" is in some ways out of date for us. It is not a word used in our normal vocabulary. But in many ways we each have our own Kingdom. Actually, this was intended from the beginning: God gave men and women the responsibility to rule over creation (Gen 1:28). This is the space where our power is effectual and our words hold authority. I would like to think my kingdom is when I am at home, but it is hard to rule a kingdom with a rambunctious toddler as its sole citizen. God’s kingdom in the same way is where he is reigning in supreme authority. The kingdom of God is the space in which God rules and where his power and presence is felt. According to Psalms 103:19, God’s capacity to rule is unlimited in scope:

The Lord has established his throne in heaven, and his kingdom rules over all.

Why is this good news?

It becomes quickly apparent that all of our own kingdoms are marred with evil, pain, and separation from God. I mean just take a quick look at the world around you. How many evil things have you heard on the news this week? How much pain have you personally experienced this last year? Those reflections will be a quick reminder that we live in broken kingdoms. Here is the good news, are you ready? God’s kingdom is breaking into the fabric of our reality bringing complete redemption for all of creation. See God’s kingdom is here to repair what was broken, to restore the poor and weak, and to save the lost and forgotten! Take a look at Colossians 1:13-14:

For he has rescued us from the dominion of darkness and brought us into the kingdom of the Son he loves, in whom we have redemption, the forgiveness of sins.

We have been rescued and brought in, through faith in Jesus, to a kingdom full of redemption and forgiveness. The darkness that once marked our broken kingdoms is no longer in authority above us. Some of you may be excited for what this looks like in heaven, but you don’t have to wait that long.

Our Father in heaven, hallowed be your name, your kingdom come, your will be done, on earth as it is in heaven. (Matt 6:9-10)

Did you notice a location? Is it some time or place in the unreachable future? No, Jesus says the kingdom has come here and now. The gospel is so good because God's kingdom has come down to us. A space which we were undeserving of now has become our home and it is available to you now.

Why is our modern gospel so different?

If you remember back to our examples of gospel descriptions you should notice that there is no mention of the kingdom in any of them. They had some similar and fashionable buzz words that most of us are familiar with. I do want to say this before I go any further: they were not wrong, but just incomplete. My intention is not to blast anyone, but to open a space for us to explore. Our gospel has become very individualistic. As if Jesus is my fire insurance or get into heaven free card. Certainly, since Jesus defeated death we too have victory (Rom 6:4). We are forgiven and granted eternal life in the presence of our creator (Rom 6:23). But these things that we have made central are actually results of the reality God’s kingdom brings. They are not the complete description of the gospel, but rather the benefits that are felt and known by the citizens of this wondrous kingdom.

The gospel is bigger than you and me. And thank goodness for that. Jesus came as king to inaugurate a better kingdom, bringing restoration to all that was created, and is available here and now. I think we can all agree with the early bible translator William Tyndale. This truly is good news.

“Evangelion (that we call the gospel) is a Greek word and signifieth good, merry, glad and joyful tidings, that maketh a man’s heart glad and maketh him sing, dance, and leap for joy…[1] 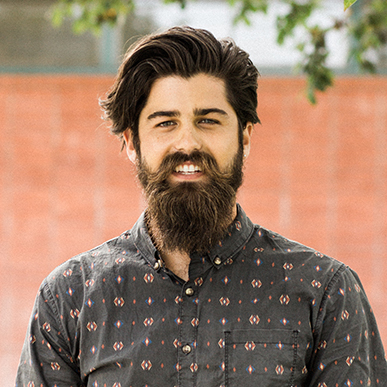